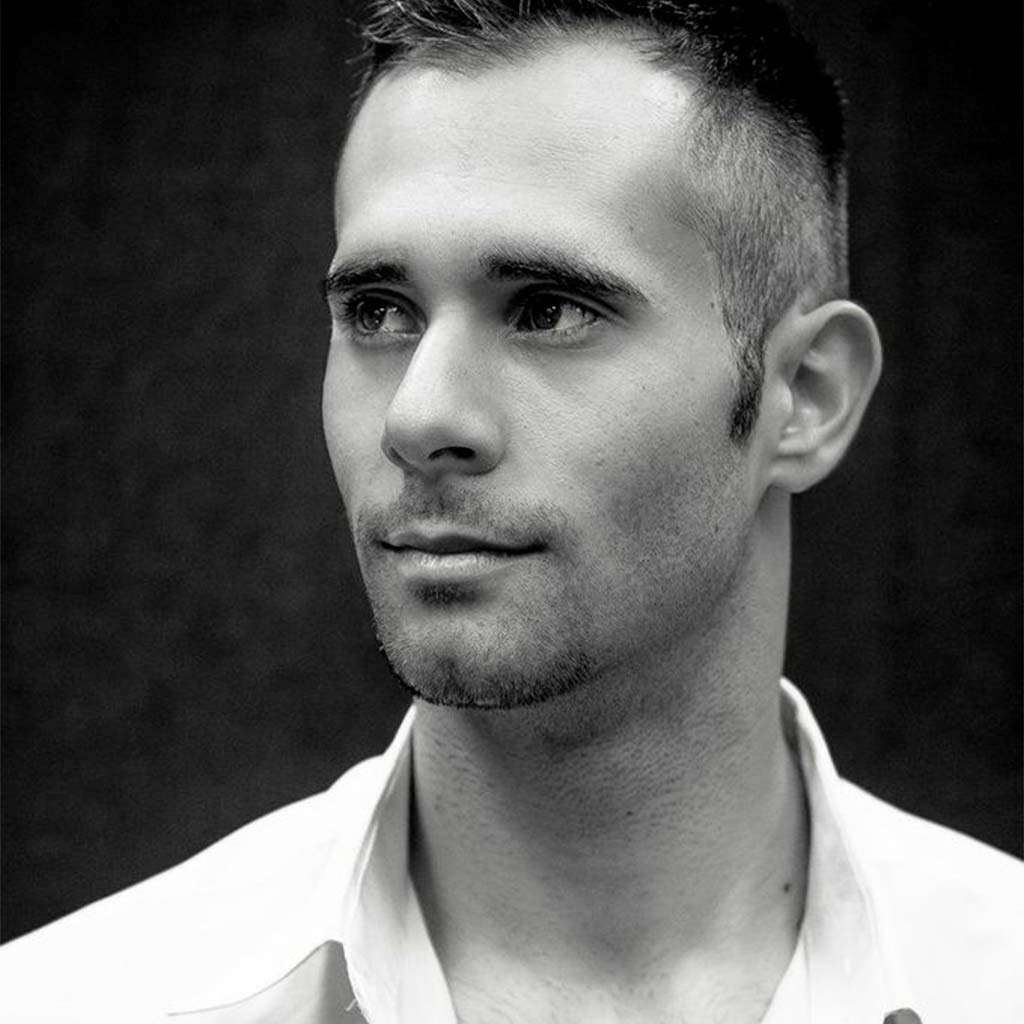 Graduated in 2004 from the National Conservatory of Portugal (EDCN), he completed his training in Switzerland at the Rudra Béjart School-Workshop.

In 2006 he joined the Malandain Ballet Biarritz where he performed solo roles for 10 years. In 2012, he won the 3rd ADAMI / Synodales Choreographic Prize.

At the invitation of Oleg Petrov in 2015, he created Fellini, Dreams for the Tantsteatr Company of Ekaterinburg (Russia). With the support of the Igor Stravinsky Foundation he rewrites Les Noces for the “Biarritz Années Folles” event in June 2015.

In 2015, he created the ILLICITE BAYONNE COMPANY.

He is a laureate of the Caisse des Dépôts et Consignations which will provide significant support for the 2017/2018 season to his choreographic work. He was also guest choreographer of the National Conservatory of Music and Dance in Paris in December 2017 among others.

He gives workshops or internships in Israel, Germany, the USA, Puerto Rico, Spain, Italy and France.