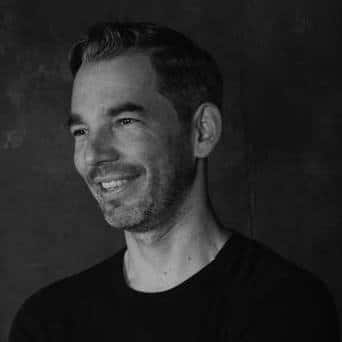 Guillaume Siard made his debut at the Tours Conservatory before joining the National Superior Conservatory of Music and Dance in Lyon where he received instruction in classical and contemporary.

He joined the Ballet Preljocaj in 2001 and developed a particular interest in transmission and educational activities. He dances the repertoire of Angelin Preljocaj: The Rite of Spring, Romeo and Juliet, Near Life Experience, Helikotper, MC 14/22, A hyphen, Centaurs, The 4 Seasons., Weddings…

In 2006, he chose to invest more in the awareness-raising actions of the Choreographic Center and became responsible for choreographic practices with Emilio Calcagno.

In 2015, he was appointed artistic project manager, delegate to the pedagogical direction of the Ballet Preljocaj Junior and headed the Professionalization Unit. He coordinates the interventions of the teaching teams in connection with the programming of the Black Pavilion and the Dance Course project in partnership with the Darius Milhaud Conservatory and the city of Aix-en-Provence
.